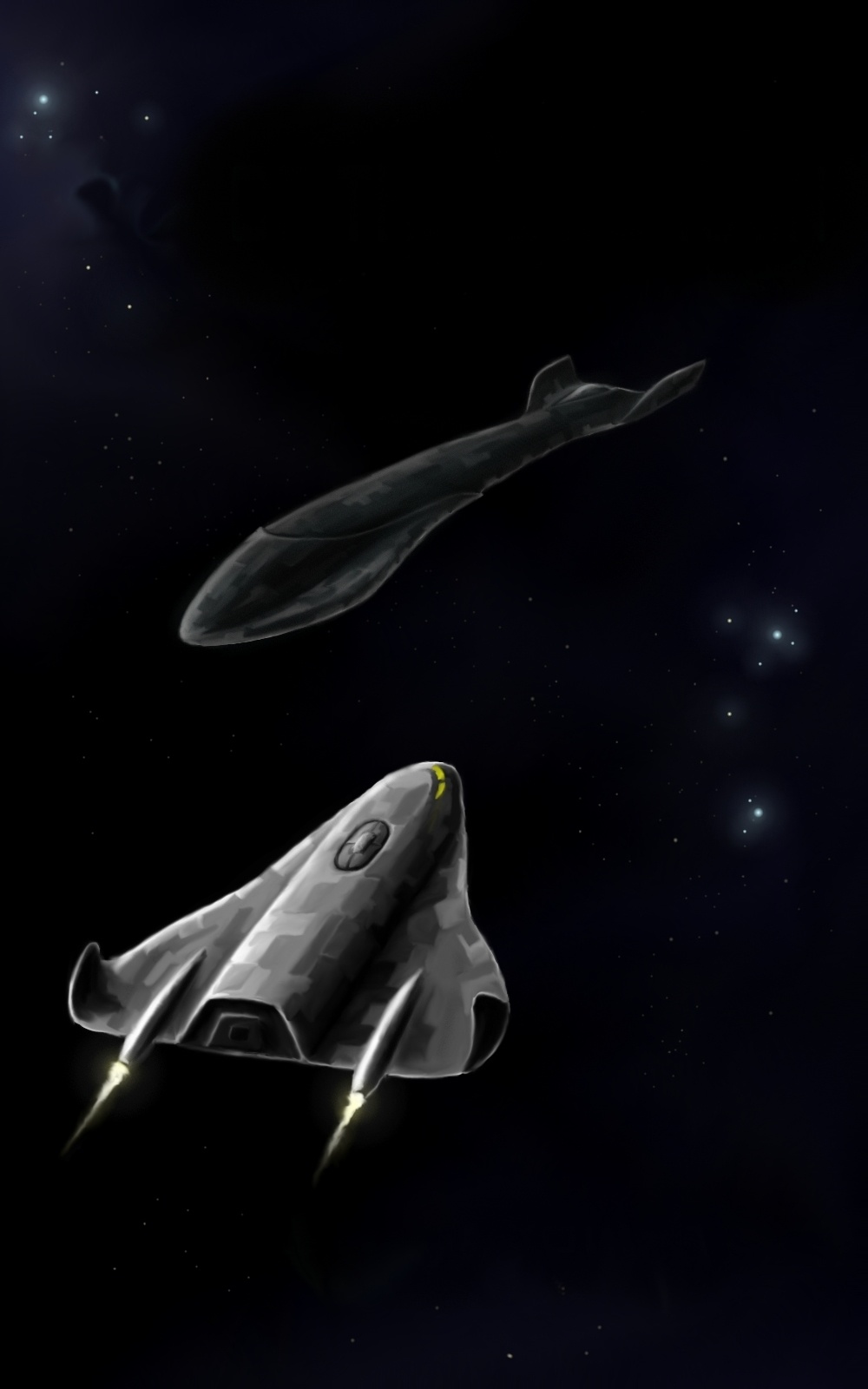 In case anyone hasn’t noticed, I can be bad about updating this blog.  (*simultaneously from the peanut gallery*  “Noooooo, really?!”)  I will try to be better about that, especially given the fact for some reason people keep putting me on panels.  (Con Organizers: “Uh, James, people also put bears on unicycles.  We’re not saying there are similarities, but…well, here are some pedal clips.”)
One way I’m going to try and combat the dead spaces is to find regular topics to discuss.  Hopefully the folks who follow this blog have actually realized that (yes Di, there will be Halestorm on Metal Mondays), while for all you new folks it’ll just seem like, “Whoa, this guy sure does talk a lot.”  Another sorta regular thing I’m going to do (which is my way of saying I’m not committing to a day as that’s how certain “Enforcers” become empowered) is to start putting up “Writing Tips.”  These could also be entitled “That time James put his hand on a hot stove…twice!” or “I could never be so lucky again…” (with apologies to Jimmy Doolittle).  In all things, your mileage my vary, and if you have the time you can find links to many Master Jedi over at Dorothy Grant’s blog.  Not to encourage paralysis by analysis, but her links are worth diving into.  Also for a time I had a running FB post on my main page with several links.
Today’s topic is covers, or more specifically “What I’ve Learned About Getting Covers.”  The point where I decided to self-publish on Kindle was in late 2012.  I had a short story that had received an “Honorable Mention” from the L. Ron Hubbard “Writer’s of the Future” Contest.  I figured with minimal risk, I’d put it up for $.99, see what shook out.  Problem is, your humble narrator is about as good at art as he is at playing outfield during baseball / softball.  (My nickname was “Old Faithful” in Little League…because I’d drop at least one fly ball a game.)  The better half, at this time, was on art hiatus (more on that later).  So, clearly, this was going to get outsourced.  Poking around the internet, I heard of a place called Deviantart.
Deviantart is a website where amateur artists can place their work.  The site keeps photos low resolution and with a big DA watermark on them to protect copyright.  If you can imagine an internet “First Friday” art gallery, this would be one of them.  The best thing about the site is that it has an awesome search engine.  So if you’re looking for something like “starships,” you’ll get a plethora of returns whose authors you can contact using the message function.  From there, you can start asking them what price range they charge.  In my case, I found a gentleman named Jon Holland and we worked out a price that was well under $100.  This was the result:

That’s a solid sci-fi cover, folks.  One look at it tells the reader what they’re getting, i.e. space and starships.  Does it look like David Weber’s Honorverse covers?  No.  But, as I’ll get to, you want something of that level you better be able to pay $$$.
Now, the internet, as with all things, has evolved since 2012.  For that same price or even lower, there is now The Book Cover Designer.  Much like Deviantart was a store front window for random art in different interests TBCD is a location where you can see book covers that can fit into certain genres.  For example, Anita just recently finished a fantasy-type cover:

Of course the title and such will be modified if someone purchases it, but as you can tell we’re already well past halfway to a fantasy / paranormal cover. Because this pretty much screams “Despite my young age I’m still just a mage in a rage…” (with apologies to Smashing Pumpkins).  To give you some idea of TBCD prices, this one will be a mere $50 after Anita’s page finishes uploading it.  In addition, unlike other cover sites, TBCD explicitly tells authors “You sell a cover once, no derivatives.” More on this later.
“But wait, I want my stuff to look exactly like it could have been published by Tor, Baen, or Roc.”  Ooookaaaay, but don’t say you weren’t warned.  So I got Jon to do the cover for An Unproven Concept (both editions) as well as “Ride of the Late Rain.”  Problem is, after talking to a some established folks at Libertycon, they were quite blunt that I needed to step up my game.  No fault of Jon’s–I still like the original cover.  However, in the words of one reader, “Yeah, just couldn’t bring myself to pull the trigger on it.” Getting in contact with folks I knew who were crazy successful, I asked for some references to cover artists.  One I was pointed towards was Justin Adams.
As you may be able to tell, Justin is not only a gifted artist, but the primary cover designer for a couple of prominent indie authors.  Which is another way of saying, my wallet screamed in agony when we started talking prices.  Basically if I wanted art, to include the rights to said art, it was going to be $$$, and that first number wasn’t going to be a “5” or lower. We worked out a price, and the result was “The Ballroom”

But having a pic didn’t mean we were done.  Notice you don’t see any font up there?  Also notice that there’s a lot going on in this picture?  A cover should be exciting, but not too busy or it distracts from what you’re trying to achieve (i.e., someone buys your book).  At this point, it’s time for *superhero theme music* The Cover Designer.  What a cover designer does is find genre appropriate font, framing, and the perfect “thumbnail ready” part of your picture.  In my case, I turned this part of things over to my friend (and Hugo nominee) Cedar Sanderson:

What does this cover tell you?  It hopefully tells you “The shit has hit the fan…and oh look, an out of control manure truck is making its way down the ice slicked driveway!”  Whether or not you get that vibe, I can tell you it made a huge difference in sales. As in, when I swapped it out with Jon’s cover, I no kidding saw a double digit increase for like three weeks.  If you count the sales I’ve made in person, this thing has paid for itself several times over.  Also, because I own the rights to the art, I can do things like this:

No, that’s not “be at a con in emergency lighting,” but “use the image to create a backdrop for when I have a smaller booth than normal.”  This was a huge boon, as I’m used to having a true 6′-8′ space when I sell at cons versus the compressed space at WW.
A word on wanting to get that awesome art, btw–if you’re selling online, a lot of detail is going to be lost when someone is doing a search for your genre.  Basically, if you’re getting into things like, “I want my Queen Elizabeth-class warship to have this exact number of portholes…” with your artist, you are wasting your time.  First off, depending on your genre, no one is going to care.  For those of you who have romance fans in your life, when was the last time you heard them say, “Wow, I’m glad they got the ivory hooks exactly right on that bodice!”?  Exactly, and I’d dare say most novel fans are like that unless it’s a major franchise.  (Yeah, screw up the angle on an X-wing’s cockpit and watch what happens.)
I’ll be blunter for effect, as I think this point really needs to be driven home–No one is going to see the damn windows on your cover unless you’re selling in person. Even then, the number of people you are going to have be mesmerized because of the perfect number of portholes down the HMS Barham‘s side < the number of additional books you’re going to have to sell because the artist charged you more.  Because trust me, when you start talking crazy stuff like “Oh, oh, and I want people to be able to see that the pennant number is in exactly this font…,” experienced artists start thinking in terms of hours that will take.  If they like you, they’ll gently point out that the price of the art goes up for the amount of detail.  If they don’t like you, they’ll just add another $1-200 to the cost of the piece and smile as they watch the author (“BUT IT WILL LOOK AWESOME!”) fight with the miser (“Just because I got one hand on Lincoln’s throat does not mean I cannot pimp slap you…”) in your head.
The above is not to imply that artists are inherently evil.  That being said, there less than scrupulous artists out there.  Indeed, some will sell you a cover, change maybe two elements and the font, and then sell it to someone else.  Other tricks are for an artist to be somewhat sketchy about terms, then start adding “surprise” fees or delays at the last minute because they know you want your book published.  How do you avoid this?  Well, in almost each and every case (unless you’re married to your cover artist), I recommend drawing up an agreement.  If you go through a site like TBCD, said document will be inherent to the terms the artist puts up / site maintains.  However, if you’re doing this independently, either the artist will have a standard form.  At worst, you can always has things out via email provided you save your messages.
When you do the agreement, make sure you, the author, are explicit in what you want.  I have found that if an artist is really experienced, he or she will help you with this.  For instance, Wayne Scarpaci, the artist who did the painting for the hardcopy of Acts of War and the “Death of Kongo” work on my table up above, asked prescient questions that I had not even thought of about paint schemes.  Justin, when I sent him what I wanted for An Unproven Concept, asked me questions about where the furniture needed to be placed and the scale of the alien cruiser based on the narrative.  Anita regularly asks me questions about lighting even as I’m getting growled at for wanting “Just one more change…”.  In all three cases, they help me find things that I would totally have flubbed.
If the artist is inexperienced, like other activities in life communication is key.  Thus, when I say “explicit” above, I mean if having a certain shade of a color is critical to your vision then specify “teal” versus “cyan.”  Also make sure that your artist knows what platforms you’re planning on putting the cover up on.  Think you’re mad when they get your order wrong in the drive through?  Spend $400 on a cover and find out that it can’t be uploaded on Amazon due to arcane choice the artist (who is now not returning your emails) made.  (No that did not happen to me.  Yes, I know of someone it happened to.) Neophyte or experten, in all cases get the master files (.tiff, high dpi .jpg) so that you’re not dependent on your cover artist’s continued mortality, sanity, or availability to fix a problem.
Seems like a crapload of work, doesn’t it?  Well, just so you don’t have to go through this whole thing again, let me distill it into 10 takeaways:

Hope this was helpful.  I’ll likely cover marketing next, but that may be a bit.