So I’ve gotten two reviews (that I know of) up for my novel, An Unproven Concept.  I’ll post them along with a little commentary here:
One is good: http://www.popcults.com/spall-sewage-and-starship-battles-in-an-unproven-concept/
One is so-so:  http://pgsramblings.wordpress.com/2014/02/28/an-unproven-concept-okayish/
As there have been some common issues raised, I’ll try to address some of them without spoiling anything:
–“Ride of the Late Rain” was actually published first (December 2012)  At  the time I was not sure what, if anything, I was going to do with the novella that eventually became _An Unproven Concept_.  Given that the short story was successful, I figured it was worth the effort to go ahead and make the novella full length.
–The aliens’ motivation, as per the humans’ limited information, will become more apparent.  Without spoiling, I intended to give the impression that the aliens had one way to save themselves–which led to some of their savagery.  At some later date, you’ll get much of the aliens’ side of the story.  Suffice to say, the series is named Vergassy Chronicles–Humanity’s going to get to meet said aliens (if they haven’t already).  😀
–The second reason the two works are separated is length.  _Concept_ clocks in at a hefty 450+ pages (going by standard paperback word count), while “Ride of the Late Rain” would have added another 60-70+.  I was assuming risk that someone would read a 400 page first novel–I didn’t want to shove it to 500 and have people be like, “Oh HELL NO…” when they opened it up on their Kindle.
–The final part of the book is wrapping up loose ends.  While other reviewers have noted that they would have preferred cliff hangers, as I hate that when authors do it to me as a reader.  Plus, if I get struck by lightning tomorrow, no one’s trying to figure out what my plan for the characters in this iteration was.
–There will likely be a few short stories to clear up some of the “subversive” back story.  I have often been chided for starting things “in the middle” with my books / stories. I often find, however, that things which may induce writer’s block at the beginning are often easily passed off as dialogue if one begins down the road a bit.  Plus when you lock yourself into things with said dialogue, it tends to focus the mind.  😀 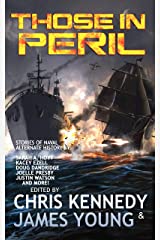