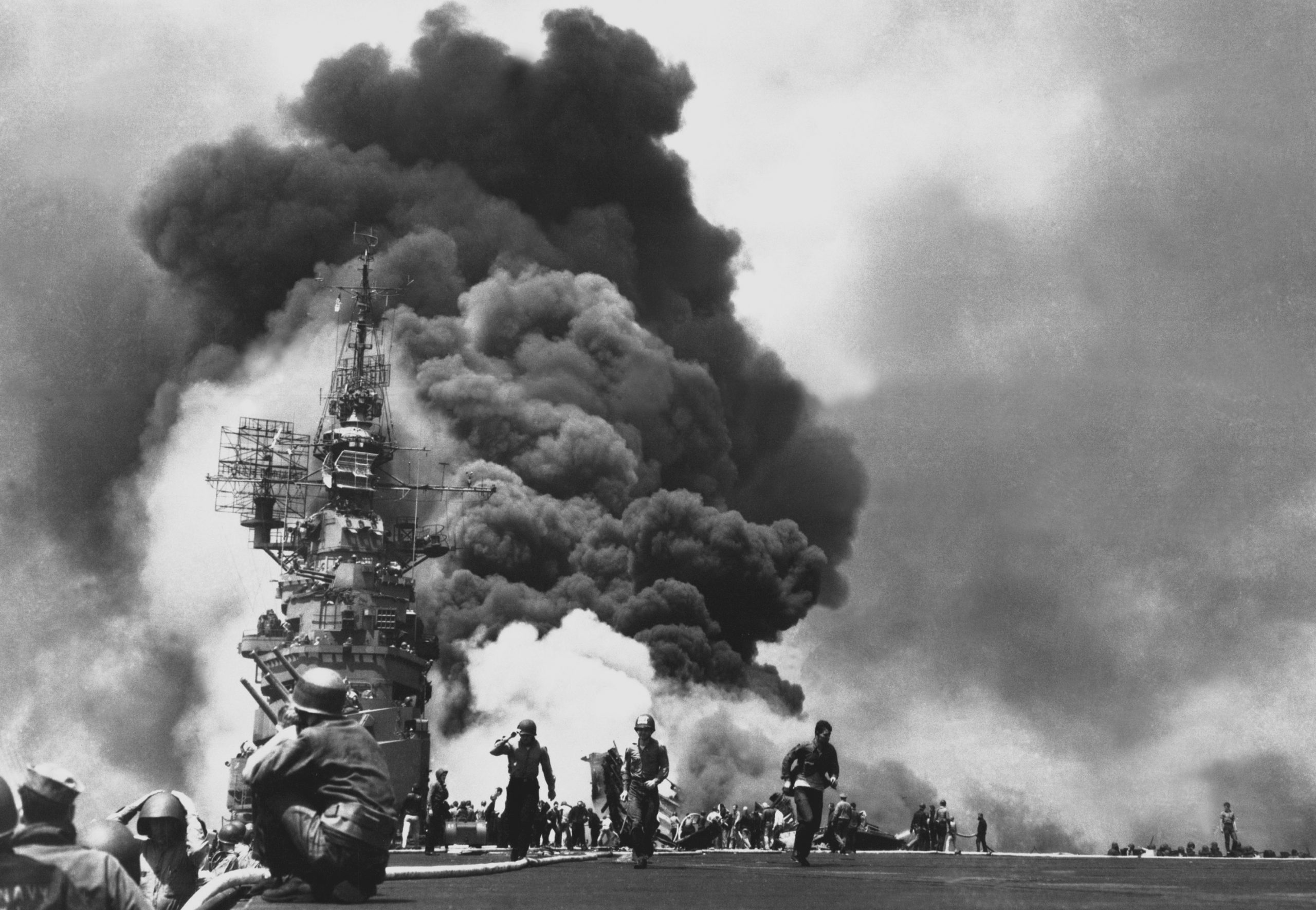 *cough cough*  Man, it’s kind of dusty in here.  You’d almost think someone hasn’t been in this place for like weeks.  Oh, wait…
Welcome to another edition of Warship Wednesday.  Today, rather than talking about a particular class of vessel, we’re going to talk about something near and dear to ship to ship fights: damage control.
According to Luttwak and Koehl’s The Dictionary of Modern War, damage control is “[m]easures meant to limit or counteract the effects of battle damage.  Naval damage control measures include firefighting, counterflooding to reduce listing, the shoring up of damaged bulkheads or hull frames, and ad hoc repairs.  The effectiveness of such measures depends on crew training, as well as on design features, such as compartmentalization, duplication of key facilities, the number and location of fire mains, emergency electrical generators, and pumps; such provisions account for a significant portion of warship costs.”
Sounds like some complicated stuff, right? Well, that’s because it is and it isn’t depending on what era you want to talk about.  Age of galleys?  Damage control was basically, “Oh f*ck, we just got rammed and…dammit, dammit, that’s it, the rowing slaves are screaming, the ship is sinking, and I’m sitting here in a suit of full metal armor getting pointed and laughed at by the asshats who put a hole in the ship.”  I mean, this is simplifying it somewhat, but both because the source material is kind of thin on the ground and the art of shipbuilding wasn’t all that and a bag of chips, if someone let Mr. Sea in, Mr. Fish and Mr. Crab were getting fed.
Oh and fire?  Yeah… about that.  Basically if you had the misfortune of fighting crazy bastards who were not only comfortable with having incendiaries on their vessels but lighting and launching from a pitching ship, you may have chosen enemies poorly.  Because if those lunatics hit you and got a good blaze going,  especially with something that adhered well to the hull?  Well, suddenly that guaranteed trip to to the bottom didn’t seem like such an inconvenience.  Something about “Drowning sure beats being the long pork at Mr. Arsonist’s Luau on the Sea…”
It was during the Age of Sail that things both got better and worse as far as damage control went.  On the plus side, sturdier ships and actual compartmentalization meant that there was a fighting chance to repair the vessel.  Cannons, relatively extended ranges, and improvements in the ability to maneuver (albeit depending on wind) also meant that there was increased time to effect damage control in many cases.  Best of all, damage control could “make the magic happen” with your basic carpentry kit and the supplies most sailing vessels kept on hand.  Mainsail get carried away because your opponent likes to aim high?  That’s cool, the repair process is the same as if you got Neptune’s pimp hand from a storm.  Since everyone knew Neptune was gonna want his money sooner or later, repairing  / removing masts or filling holes with patches were drills that the crew performed on a regular basis anyway.
On the flip side–gunpowder.  As in, things like this could happen:

UPDATE:  Please see a video that expands upon the lessons above.